Cannabis works in what feels like mysterious ways, with each product and concentration inflicting an entirely unique experience that can vary greatly from one person to the next. Our systems are complex, but the way that cannabinoids interact with the human body is actually quite predictable. With that in mind, we’d like to take you on a journey towards a better understanding of how cannabis works when you use it as well as where cannabinoids in cannabis go to get you there.

Smoking and vaping are by far the most popular methods of using cannabis. It’s the fastest way to get cannabinoids into the bloodstream because it travels quickly through the millions of alveoli that line the lungs. These small air sacks cover a big surface area in the lungs, and they exchange gas in mere seconds, making it easy for cannabis compounds to find their way into the blood. From here, cannabinoids are fast-tracked to the rest of the body, including the brain.

Topical cannabis products can offer effective relief for those who require spot treatment or struggle with skin conditions, but the skin provides a barrier that is incredibly difficult to penetrate, and that is why consumers very rarely experience felt effects from topical application. Of course, depending on the ingredients, and especially if there is an added agent to increase absorption of cannabinoids, these compounds might still find their way into the blood, only much more slowly and in reduced amounts than any other method of using cannabis.

When you eat cannabis, the cannabinoids enter the body through the stomach, where they are absorbed into the bloodstream and eventually carried to the liver, as well as the rest of the body. This method of consumption provides a slower onset of effects because it takes the body longer to absorb THC through the stomach than it does through the lungs. Of course, due to a prolonged process, the effects also seem to last much longer than with inhalation, and for those who want a more intense or time-released experience, this is often the most preferred way to use cannabis.

Sublingual cannabis application means placing a strip, oil, or extract under the tongue and holding it there to be absorbed, and unlike with edibles, this process is much faster, as the cannabinoids in cannabis are absorbed directly into the bloodstream through either tissue or glands. From there, these elements travel throughout the body, providing similar effects to edibles, only with a much faster onset. Because of this, sublingual products often don’t provide an experience that lasts quite as long as edible, though they are still far more extended than one could expect from smoking.

Once the active effects fade, the metabolites of the drug linger for quite some time. Some will exit the body through urine or sweat, a fair amount will be broken down and destroyed, and the remaining metabolites are stored in tissue and fats throughout the body, where they will eventually break down over time. How quickly this happens might depend on several things including dosing, method of consumption, frequency of use, and how long you’ve been taking cannabis. Those who use it more or in larger amounts are far more likely to test positive for THC longer than occasional users who only indulge in microdoses. 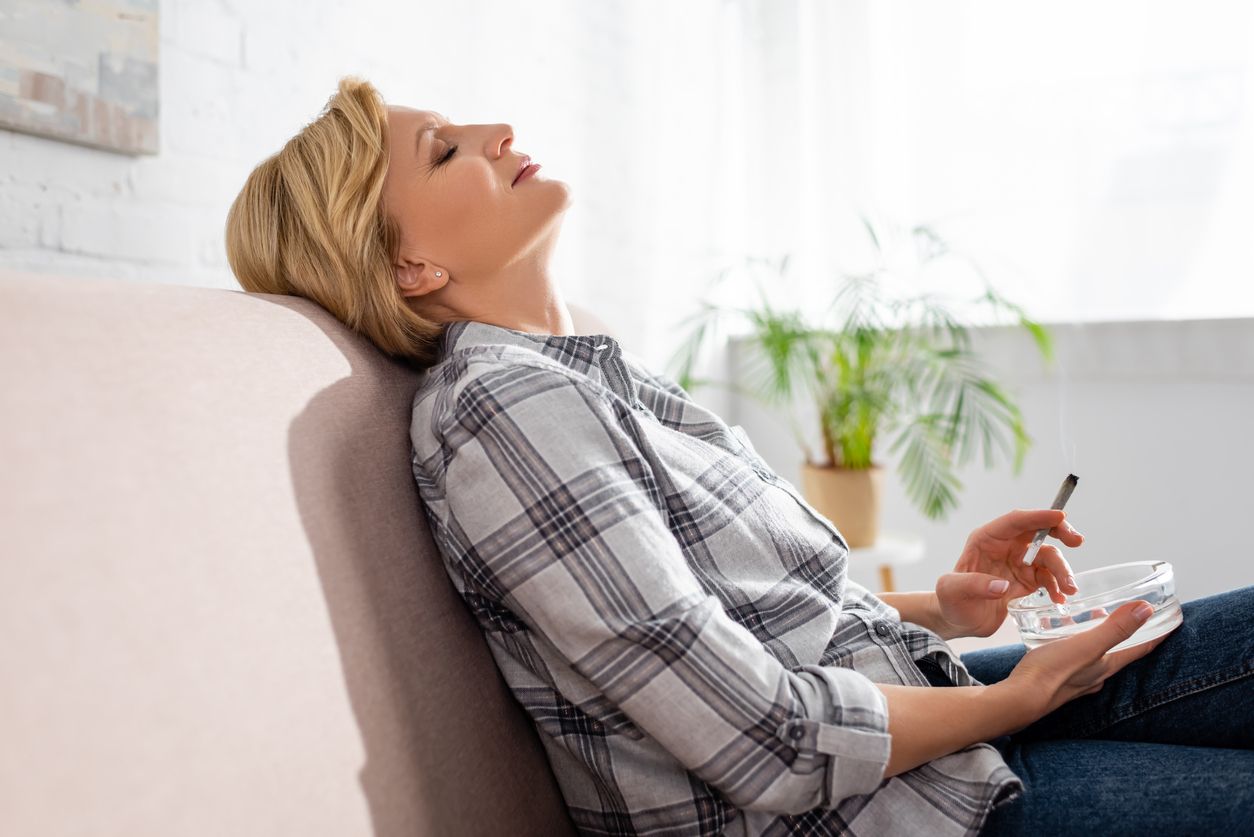 How to use cannabis and stay in control of your high

Things that you can do to ensure that you maintain as much control as is physically possible over the outcome of each session....