Could cannabis help to keep you warm this winter?

Now that the colder months are upon us, it's time to dig out all of the tips and tricks you've learned over the years to keep warm. Some people drink hot soup or make slow-cooked meals that raise the temperature indoors, and a lot of us get lazy and just crank the furnace until it's a nice toasty warmth that is comfortable, but at some point, most of us have to head into the great outdoors so that we can enjoy smoking some weed.

We already know smoking cigarettes can make you significantly colder, dropping the temperature of your body by a substantial degree, and this is something that's been proven several times over through research. Still, for some reason, most cannabis enthusiasts believe that they are impervious to this effect because smoking weed tends to make us feel warmer. So now that it's cold outside, most think that they'll be able to keep warm with the assistance of a joint, but that isn't necessarily the case.

Does smoking weed make you warmer?

When you take a few puffs from a joint and you inhale the thick cannabinoid filled cloud, it's likely to tickle the back of your throat, resulting in at least a few good coughs. Generally, when this happens, it induces a heavy sweat and a rush that can make us feel hot, but this effect is incredibly short-lived. In fact, if cannabis can impact your body heat at all, it's much more likely to take things in the other direction.

So, it makes you colder?

According to a study conducted in 2017, where researchers used rats to measure the effects of cannabinoids on various bodily functions, they discovered that THC is capable of lowering consumers' body temperature. The higher the dose, the more body heat that was lost, and though the effects only seemed to last 90 minutes, that's a long time to feel colder when you're already outdoors on a blustery winter day.

How does that work?

In 2018, a different study published in the Journal of Pharmacology discovered that a molecule called nitric oxide could attach to THC, which would effectively stop it from becoming synthesized. Though they still aren't entirely sure why, they noted that this element, which is found in the human body, can influence body heat, which was actively proven in a trial of rats.

If you're taking CBD and wondering if you're at risk of this unfortunate side effect, then you can rest assured because, in 2011, a review that was published in Current Drug Safety showed that this cannabinoid is completely incapable of influencing our body temperature at all.

Should you be worried?

Some people might take this information a bit too far from worrying about the potential impacts of losing body heat, especially when we're experiencing colder weather. Still, there is no need to be too concerned. Though it might make you a bit chilly if you hand around outdoors right after smoking a joint, and it certainly isn't going to help you stay warm, the difference isn't going to be enough to cause hypothermia or some other cold-related incident.

However, there is no denying that smoking or eating THC will lower your body temperature. So, if you're spending a lot of time outdoors in the cold, or due to some other circumstance, indoors in frigid temperatures, it might be a good idea to wait until you get home to get high. You might not be stoned, but you'll be a lot more comfortable without the effects of THC stealing your body heat. 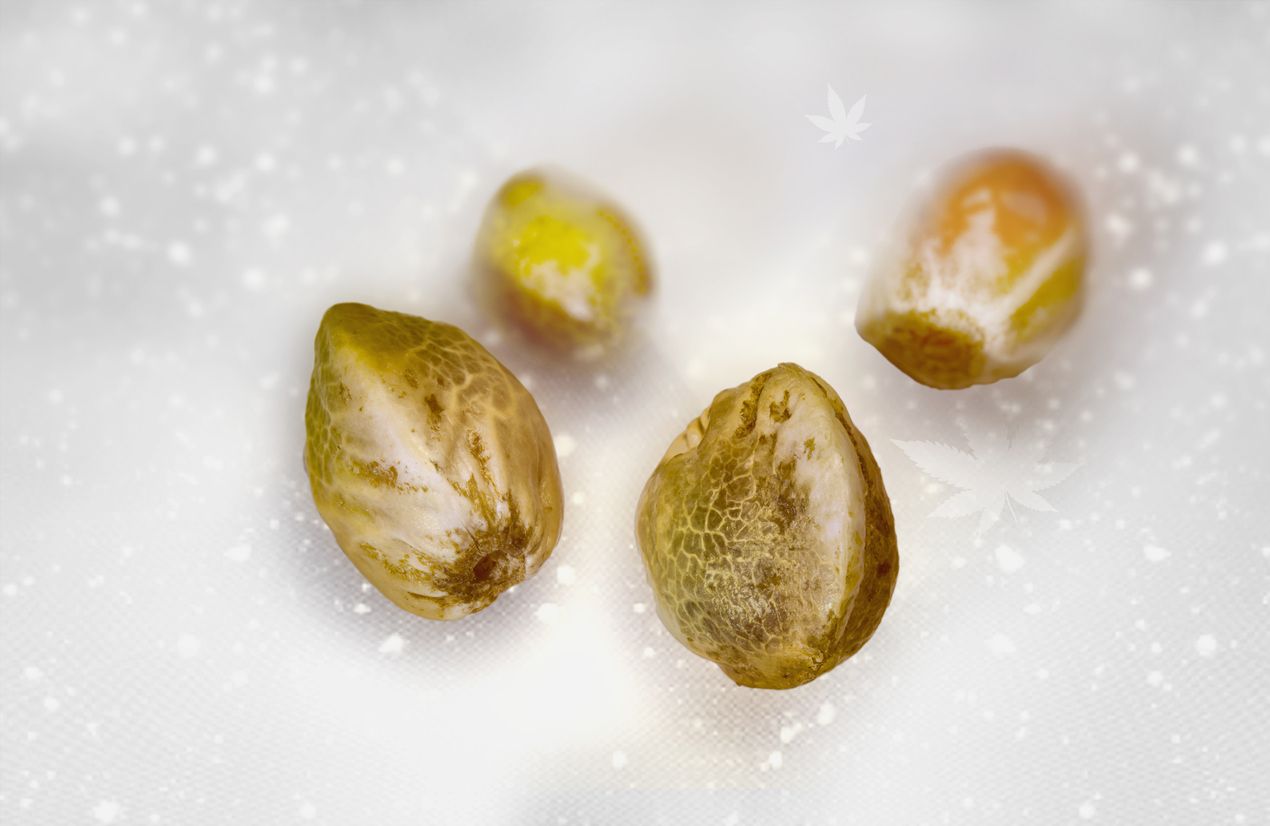 How to keep your cannabis seeds safe over the winter

It’s the heart of the coldest season of the year in Canada, which means that thousands of growers have cannabis seeds sitting around waiting for the next season....