Edibles are one of the trendiest cannabis-infused options on the market today, a niche of the industry that’s boasting a surprising number of sales given the low doses that are generally available. Millions of consumers are suddenly packing pre-made and homemade products, which has led to a significant increase in the number of people who are learning how to make, store, and use them. This is great, but it’s also left them with a host of questions and very few places to turn for answers. With that said, we’d like to introduce some of the most frequently asked questions about cannabis infusions, complete with the solutions you may need on this endeavor.

What does it mean to infuse a dish with cannabis?

Cannabis infusions are edibles or drinkable products that are made with some sort of cannabinoid extract, which means that how they affect you will have a lot to do with the ingredients you use to make them. The idea is a much healthier alternative to smoking or vaping, and they taste pretty great too. Once a dish or drink is infused with cannabis, every bite or sip is going to contain some of the most powerful cannabis compounds.

Do cannabis drinks need to be refrigerated?

Just like most food or drink, cannabis beverages should always be stored in the fridge if you want them to stay potent and fresh. Exposure to warmer temperatures could breed bacteria leading to mould growth which can be hazardous for your health. Exposure to high temperatures or sunlight can also degrade the power of the cannabinoids inside of the drink, so even if the package doesn’t say it should be refrigerated, it’s a good idea to do it anyway.

What temperature does cannabutter simmer?

In order to make cannabutter, you’ll need to let some freshly cured cannabis product simmer in a pot of butter over low heat for several hours, and the temperature that’s maintained during this process is incredibly important if you want to protect the cannabinoids, oils, and other compounds from damage due to heat exposure. The ideal temperature to simmer cannabutter is 160°F, but it is essential to never exceed 200°F, otherwise, you might not be happy with the results.

What happens if you eat expired gummies?

Most packaged cannabis products come with a handy best by date just like groceries or any other consumable product, which makes it easy to determine when you should try to have them gone by, but it’s not uncommon to forget about a package, only for them to resurface shortly after, just a hair past the recommended day. Should you toss them out or enjoy them anyway? Of course, most regular gummies will last for what feels like forever, assuming they don’t melt, so they aren’t likely to make you sick. They may however have a compromised level of potency because, over time, cannabinoids and the oils used to make gummies will break down, so it’s best to enjoy them while they’re fresh.

Gummies and some hard candies can sit on a shelf or in the fridge for months on end, and when you come back to them, they’ll probably look exactly how you left them. In that case, they probably won’t go bad, but most other edible or drinkable cannabis infusions will definitely come with a strict expiry date that should be followed. Even with the aid of preservatives, milk products, and other additives will expire and rot, so you don’t want to be consuming them beyond the time that it is safe to do so, or you could be risking your health.

What do CBD edibles do?

That depends on who you ask. Some consumers feel lighter, more relaxed, and most report an improved mood, but CBD edibles are just that, treats made with a cannabinoid that doesn’t induce a powerful sense of euphoria, so they aren’t going to get anyone high. They should not impair, nor should consumers notice any real difference in how they feel physically or mentally after taking one. At most, it’s a gentle boost to get you through the day, and in the least, they’ll quench the thirst while quietly healing the body from within.

Can milk be infused?

Generally, oil and butter are used to make edibles because they offer such high-fat content, as cannabinoids can easily bind to these particles, and milk, especially the regular everyday milk that most of us drink, doesn’t have a whole lot of that. Still, if the idea intrigues you, the process is entirely possible, but it is likely to take much longer to make and the results might not be as effective if you’re used to one of the more commonly used ingredients.

All edibles and beverages are consumed, which carries the cannabinoids to the stomach where they are processed, eventually making their way to the bloodstream and that’s when the effects are felt. This is a much slower rate of absorption, which means that it takes longer for your body to soak in all of the compounds, but it also means that once they do, the effects are generally much more intense and long-lasting, especially when compared to smoking or vaping. However, most pre-made products are created with low doses to avoid the possibility of taking too much because the experience can be a lot for new users in particular.

What are the best ingredients to use to infuse edibles?

The best ingredients to use when you’re making edibles at home will always be cannabutter or cannaoil. Alternatively, certain pure concentrates are compatible with cooking, and they generally taste better, but if you’re new in the kitchen or to edibles, then it’s probably best to stick to the easiest options to avoid mistakes like mismeasurements which could ruin your food or drink. 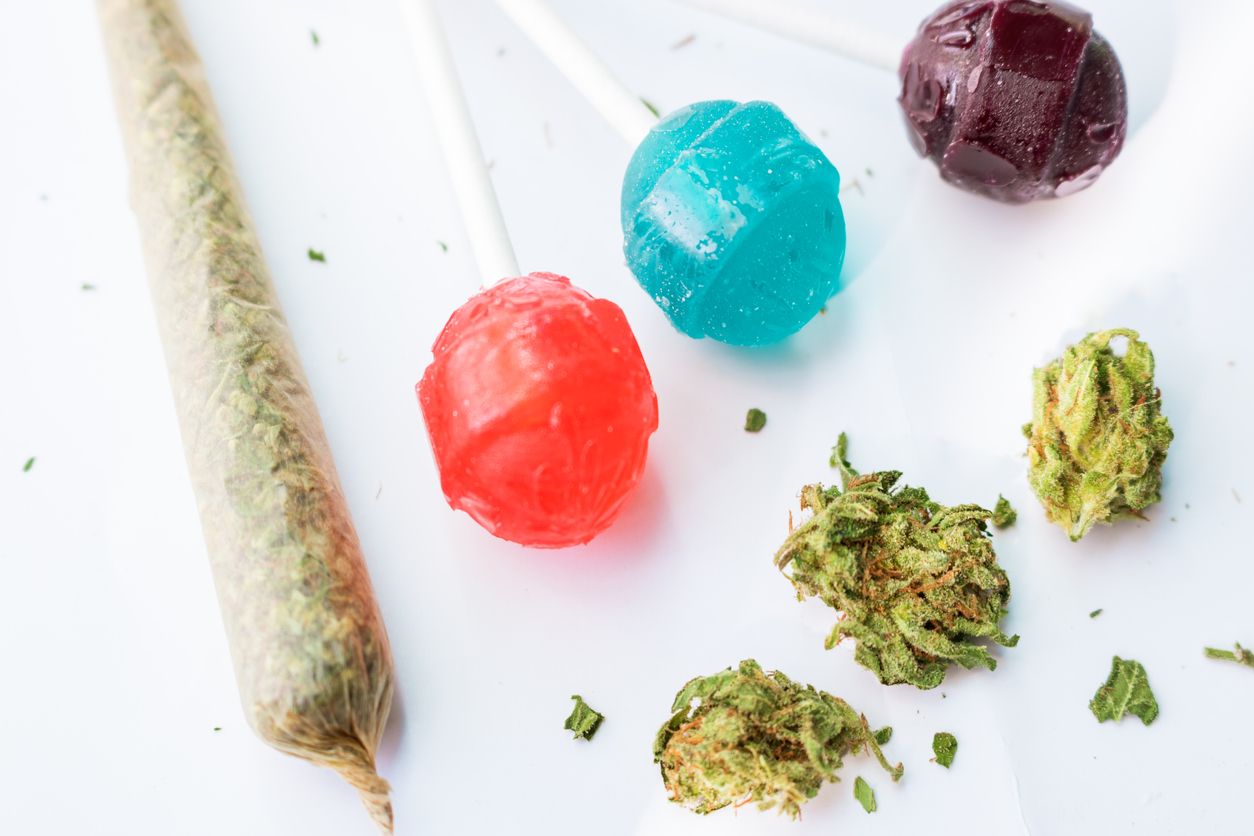 Black market edibles are the only ones who can get away with deceiving and convincing packaging often mimicking a real-life products....