All about weed raves

At least, since the legalization of cannabis, we can appreciate the positive effects of weed. The effect cannabis has on the entertainment world is unspeakable and leaves us in awe. We know that parties are dominated by the use of alcohol, but did you know that there was such a thing as weed rave? Do we know that people usually smoke at parties but a party that consists mainly and completely of weed?

That is ecstatic for lovers of parties and weed. A weed rave is a party that is dominated using cannabis. It includes edibles and weed related displays. There is just a lot of fun at such a party. There have been rumors spreading that it is more than a party.

The first-ever weed rave was coordinated and hosted by journalist, Michelle Lhooq in Los Angeles. This event started late in the afternoon, 4:20 pm to early in the morning, 2:40 am. Michelle Looq said that the idea came to her while thinking about all that transpired since the controversy over the legalization of cannabis.

She wanted to make an impact on weed before the cannabis industry is taken over by the corporate world. The event was exclusively weed-related. It was a fascinating scene to behold with all the stoners. People rolled out in their numbers for this event that was held in a mansion. The capacity was two hundred people, but the crowd looked as though it was more than the stipulated number.

The afternoon segment of the event featured edibles competition and panel discussions spearheaded by Merry Jane, the editor of Zach Sokol. Also, the taste buds of guests were satisfied with samples provided from a cooking demo by Olivia Harris, founder of LEVO.

This was no ordinary event. Exercise proceeded the eating of edibles. There was a yoga class conducted by Sigrid from FlucT. The creative and artistic side of the event included a bong making competition. Participants were provided with materials to make bongs.

This was a remarkable event that allowed for as much fun as education on cannabis. Those first-time smokers who attended would not need to feel excluded because they could learn how to smoke weed at the same time.

If that wasn’t enough, imagine what the night part of the event had to offer. Apart from smoking and eating stoned food, the music was a blast and the dance floor vibrated while stoners swayed back and forth to the beat of the songs. DJ Russell kept the crowd on their feet with soul-touching songs. Some stoners went home, giggling and couldn’t even tell the reason. Weed has the effect of bringing people together in a communal setting, even if it is just for a party. The rave was felt at this party.

Opportunities for the future

It appears that weed raves are the new trend and will continue to be for years to come. This can become a great opportunity for the cannabis industry to tap into the tourism sector. After all, what tourists wouldn’t love to pay money to attend a weed rave? Many people love weed even though some hate to admit it, so private weed parties may be the avenue that the cannabis industry needs to expand more. 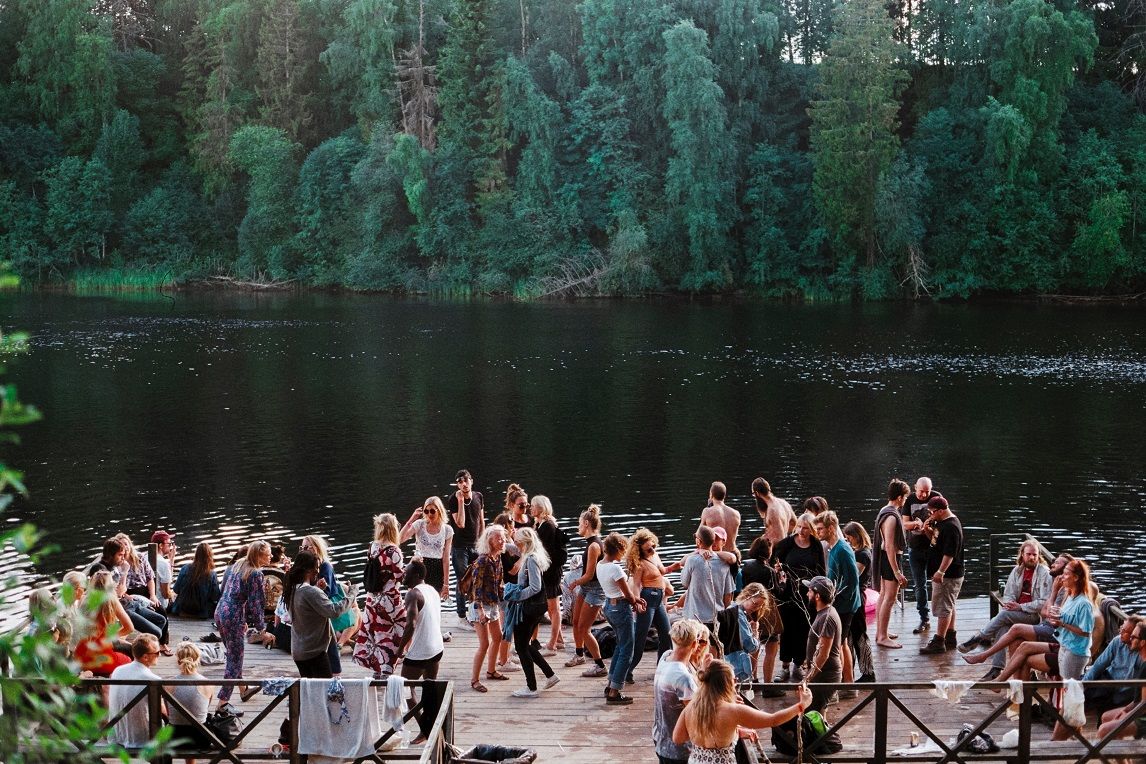 The cannabis scene has changed to include more potent products including edibles, infused alcohol, and THC infused drinks....