A deep connection between Judaism and cannabis

One look at the menorah bong from GRAV is all it takes to see that modern consumers, including those with strict religious views, boast an intense love for cannabis, so much that they go out of their way to find high-quality pieces to act as conversation starters or ritualistic tools. However, the history of cannabis and Judaism is still relatively unexplored, despite plenty of evidence to suggest a deep connection, like Talmudic mentions.

To uncover the truth, one needs only to look at Am Yisrael High: The Story of Jews and Cannabis, a YIVO exhibit located near Union Square at the Center for Jewish History. It's the institute's very first exhibit to open to the public since COVID, and it takes visitors on a deep dive into the many ways that Jews have contributed to the evolution of cannabis use, paired with dozens of fantastic photos and relics.

Judaism and cannabis are intertwined, and they have been since the creation of the bible. In Exodus, the Talmud, Song of Songs, and several other traditional texts, there are many references to a plant called KaNeh-Bosem, which translates to aromatic cane or fragrant reed. Its phonetic relation to the word cannabis is clear, and it is used to describe a substance that was often added to incense that was lit in ancient temples of Jerusalem, as well as an anointing oil, generally utilized by high priests.

Further proof of this can be found by looking at the archeological discovery of two alters in the ruins of a century-old BCE synagogue, where researchers' tests for substances showed that at least one of the altars contained traces of cannabis, while the other had frankincense. This suggests that cannabis was, in fact, burned as part of rituals and ceremonies. What scientists don't know for certain is when or why the practice was lost, but some experts believe that there is a simple explanation for its disappearance.

Erasing the history of cannabis and Judaism

The Jewish principle of Dina d'malchuta dina demands that Jews follow the laws of the land, no matter where they might be. Since cannabis, up until recently, was heavily vilified and largely illegal, particularly in Western nations, it makes sense that many would abandon the practice entirely. However, in other parts of the world, where the plant was far more accepted throughout history, cannabis continued to be incorporated into rituals.

In the Middle East, cannabis remained a popular substance choice for Jews for centuries, often in the form of hashish. In Morocco, it's remained a tradition to add hash to the couscous during wedding parties. One letter, written sometime between the 12th and 13thcenturies, is documented evidence of a request to buy hash as a form of compensation for a writer, suggesting that some Jews chose to indulge in the pleasures of cannabis for reasons outside of religion or rituals.

Many incredible modern contributions in the realm of culture, scientific research, and medical applications have come from the Jewish community, including cultural figure Allen Ginsberg, founder of LaMar (Legalize Marijuana), which was the very first group to advocate for legalization in America. Raphael Mecholula, aka the Godfather of cannabis research, a chemist from Israel, was the one who discovered the endocannabinoid system and is most notable for his success in determining that THC was the compound in cannabis responsible for producing euphoric sensations.

In the '60s, Lester Grinspoon, a professor of psychiatry at Harvard University, became interested in the subject of cannabis after being convinced by his dear friend Carl Sagan a renowned advocate and consumer, to give it a try. Grinspoon went on to write Marijuana Reconsidered, a book that discussed the myths, hysteria and propaganda spread by the United States Government while arguing the many reasons it should be further researched for both medicinal and recreational purposes. That book laid the foundation for the movement to legalize cannabis in the 70s and 80s.

There are so many Jews in the cannabis industry's past and present that it's impossible to include all of them in an article such as this. However, one thing is clear, and it's that we're likely to see a resurgence of old practices as cannabis becomes a more socially acceptable choice and people uncover the true origins of its role in religious practices associated with Judaism. 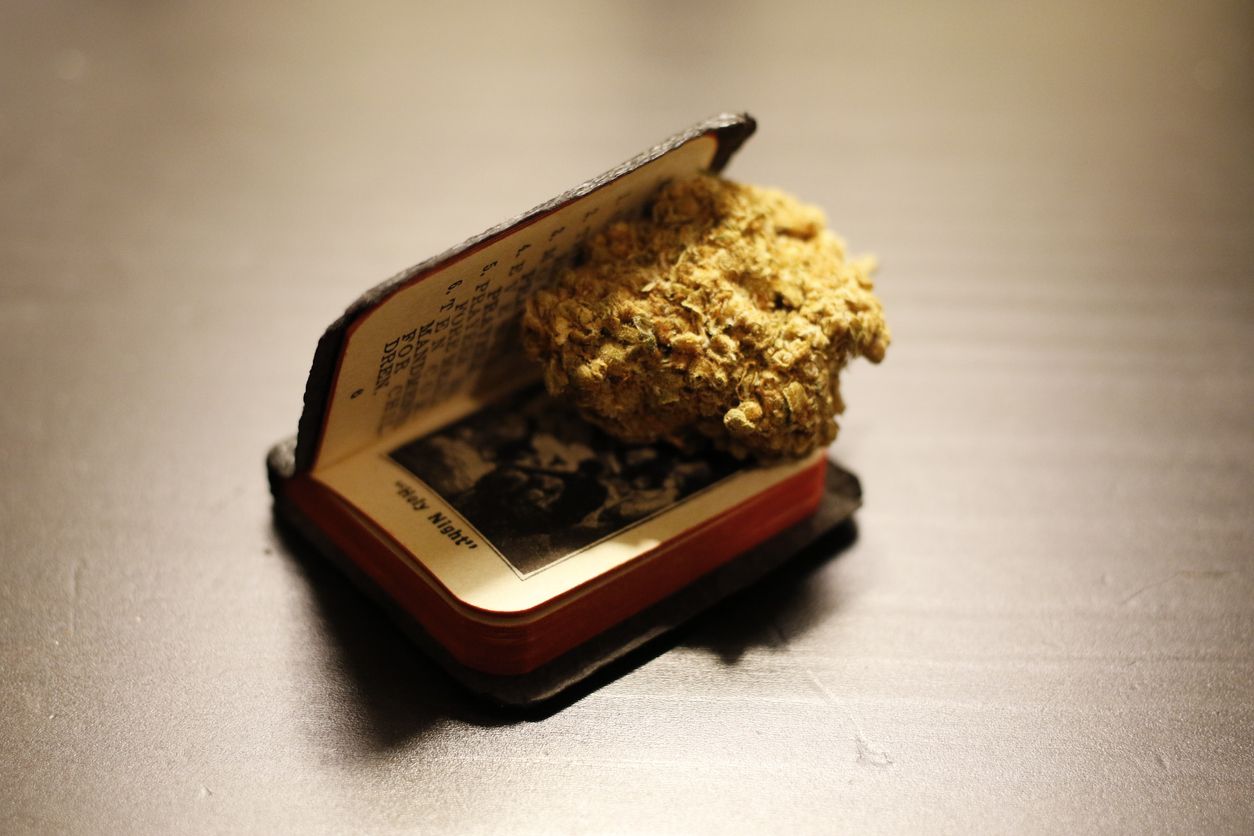 Religion and moral fears stand in the way of mass legalization