We are always getting the latest updates through marijuana news sources on research statistics and fantastical discoveries, but some of the most interesting marijuana facts just aren’t talked about. It’s not that they aren’t useful, interesting, or inspiring, it is just that they are hidden beneath a wealth of brand-new information that is easily distracting.

Since winter is here, we’re all stuck indoors, and there really isn’t a whole lot else to do right now, we thought it’d be fun to put together a unique list of easy questions and their answers. With this list, you can test your true cannabis IQ either by yourself or with a group of friends for an interactive experience that you will never forget.

1. Where did the cannabis species originate?
Answer: Though we aren’t 100% certain of where the very first marijuana plant sprouted, most experts agree that the species hails from South and Central Asia.

2. What cannabis cannabinoid is the most responsible for the stereotypical high?
Answer: Many of the different active elements such as cannabinoids and terpenes work together to create the effects that come from smoking or eating weed, but these sensations are most linked to THC (tetrahydrocannabinol).

3. How much of a marijuana plant is THC?
Answer: Usually, the THC content in a cannabis plant is around 1% of the total plant materials.

4. What region is the oldest evidence for the inhalation of cannabis from?
Answer: Romania is believed to be one of the first places that humans consumed cannabis through smoking and vaporizing.

5. Medicinal use of cannabis is believed to have begun in what country?
Answer: Many cannabis history experts believe that an Emperor from China was the very first person to use the marijuana plant medicinally, by brewing it into creams and tea, and this took place somewhere around 2727 B.C.

6. Where were pieces of 2800-year-old cannabis seeds discovered?
Answer: Back in 2013, researchers uncovered the mummified remains of a shaman in China, and inside of the tomb was a whole bunch of these ancient cannabis seeds.

7. Is cannabis safe for pets?
Answer: Many pet owners have great success with treating their furry friends with cannabinoids, but generally, it is only CBD that is used, as THC in any substantial amount is dangerous to pets. So, while some cannabis products might be safe, pot smoke or THC infused edibles aren’t a good idea.

8. Can edibles be made using fresh cannabis bud grind?
Answer: Technically, you can make cannabutter, oil, and other edibles using cannabis buds that have been ground down into a fine powder, but they aren’t going to get you high without a necessary process first. That extra step s called decarboxylation, and it activates the cannabinoids like THC.

10. When is the oldest on record use of the marijuana plant?
Answer: Though many believe it dates back further, the earliest recorded cannabis use is from the 3rd Millennium BC.

11. How are marijuana concentrates made?
Answer: Almost all cannabis concentrates are made using a solvent of some kind to separate the cannabinoids from the plant materials, but there are also a few that utilize strong forces such as cold and heat instead.

12. After one use, how long can cannabis remain in the system?
Answer: If you have never smoked weed before, then the chances are that all traces of THC will be gone from your system within a meagre 7-10 days, but that is not true for long time users. Since the cannabinoid binds to the fat molecules and builds up with each use, the longer it’s used, the longer you can test positive for cannabis.

13. How long do autoflowering cannabis seeds take to grow?
Answer: Regular cannabis seeds can take a few long months to flourish, but autoflowering weed strains can often fully mature in as little as 60 days as long as they are provided with the ideal conditions to thrive in.

14. Is vaping healthier than smoking weed?
Answer: Vaping is something that we don’t quite yet fully understand, so it’s hard to say for certain whether it is a healthy method of ingestion, but doctors, scientists, and specialists all over the world maintain that it is a healthier option

15. How much THC is in marijuana concentrates?
Answer: Though THC only makes up 1% of the total marijuana plant, the buds often hold a higher 16%-23% average. That’s some pretty good quality weed, but the concentrates that come from it can get even stronger, with a range of anywhere from 20% to an incredibly high 99% THC level. 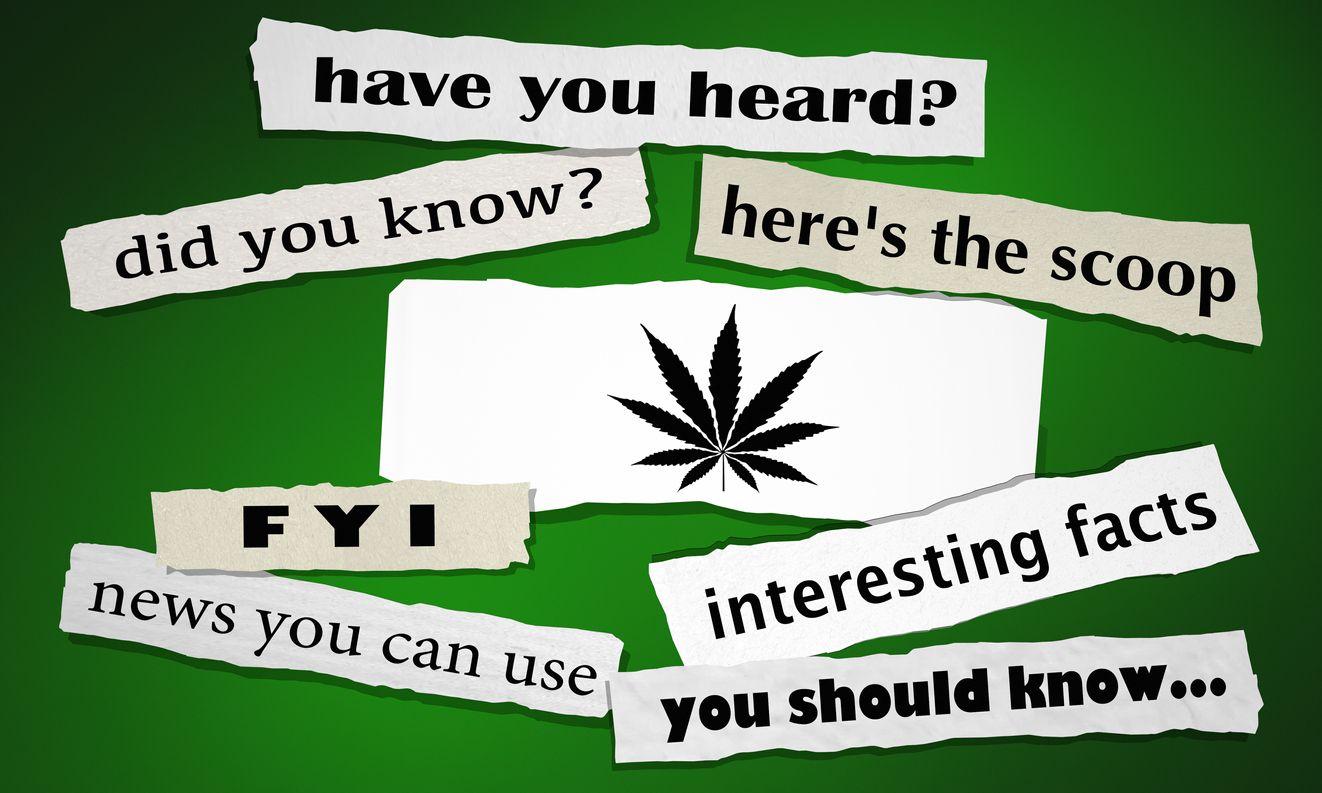 Fun marijuana facts that every consumer should know

Here, we will guide you through some of the most interesting and least-known marijuana plant facts out there...