Whether you’re travelling and either purposefully or accidentally left your pipe behind, or you’re hanging around at home without a functional device insight, it pays to know how to make a pipe using things that are easy to find or already within reach. Some homemade pipe ideas, like aluminum foil and plastic bottles, are common knowledge, but they’re not exactly the healthiest or easiest options.

With that in mind, we’d like to introduce you to the most complete list of unconventional materials that can be easily shaped, moulded, or carved into a homemade pipe. They won’t all last through long-term use, but when you’re stuck without rolling papers and in need of a fast and simple solution, they’ll all work well enough to get the job done.

Cliff energy bars are perfect for this, with a soft oat base that is easy to shape by hand into the shape of a pipe. All you’ll need is a toothpick to pierce the mouthpiece and a spoon to scoop out a bowl. As long as the toothpick tunnel is connected to the bowl, you’ll be ready to go!

Gum might need to be “chewed” or worked by hand enough to make it malleable, while Starburst candy only needs to reach room temperature before they soften to a consistency that’s similar to Play-Doh. It will likely take anywhere from 10-30 pieces to complete the design, so it’s a good idea to create this masterpiece in sections starting with the long chamber and ending with a bowl.

Play-Doh is something that nearly every parent and grandparent have on hand, and it’s also available at pretty much every dollar store, so it’s a cheap solution even if you’re not an adult who keeps a stash. Knock-off brand or brand name. It really doesn’t matter because it all shapes cleanly without leaving behind a sticky mess like number 2 on this list. Once it’s complete, simply leave it to dry/harden overnight, and you'll have a homemade pipe that will last through several consecutive sessions with no problem.

Some people are fortunate enough to have clay on hand with a bit of digging in their backyard, but those that don’t, really don’t have to look far to find some. Whether it’s true modelling clay, or the good old-fashioned natural stuff, with a bit of added moisture, it’ll turn into a perfectly workable texture that is similar to playdough. With it, it’s easy to create designs, and after a bit of drying, it’s the perfect canvas for a bit of pain. Unfortunately, they don’t tend to last very long, still, it’s a good solution in a pinch.

This one is only for those who are afraid to work with a sharp knife to whittle away the insides of a chamber and bowl from a piece of wood. It is important to note that only untreated and unprocessed wood is safe to work with, and it takes more work than almost every other idea on this list, but the results are more than worth it because they can be re-used until the device clogs up enough that it’s no longer functional.

This one is probably the least appealing option here. However, it is also the most commonly found material and it takes under 30 seconds to turn one into a pipe, so it’s more than worth mentioning, especially to those who find themselves in this unfortunate situation of needing something to work with. Rinse, give the can a slight squish with your hands to create an indent away from the opening which acts as a bowl. Now a few stabs with any sharp tool, and it’s instantly turned into a pipe that will function well enough to deliver hits.

We’re moving past the era of plastic and onto something better, which is why metal straws have now become so common almost everyone has one, and they’re perfect for turning into a homemade pipe. Those with a bend are best, as a little pressure will make the angle 90 degrees ideal to rest a small aluminum bowl in. Straight metal straws may also be bent, or to avoid breaking, the end may be closed with foil and a small hole for a bowl installed with a fine point drill bit. Do not try to use them as one-hitters without alterations, or you’ll just end up disappointed with a mouthful of weed.

The apple bong is a good one that’s been recreated time and time again, but most consumers don’t realize that vegetables can be even better! Sweet peppers naturally form as a perfect chamber as do pumpkins, squash, and jalapeno peppers. With little more than a carefully carved bowl and drilled hole to draw through, you can turn any number of veggies into a homemade pipe.

If you want to make a pipe out of brownie or cake bars, density and consistency will play a significant role in how it all works out. Some brownies are so soft that they can be shaped by hand into a pipe, while others will need to be carved instead. Dry bars will simply crumble, so if you’re whipping up a batch for just this reason, be sure to toss in an extra bit of oil, which will really help.

You’ll need the patience to make a pipe out of ice, but the results will be glorious! Of course, it won’t last long, still, this project can be a whole lot of fun. All you’ll need is a flat cookie sheet to build on, an ice cube tray, sticky tac, a knife, and a straw cut into 1-inch sections (or the same length of the ice cube mould.) Use the sticky tac to install the straw sections as close to the middle of each mould as possible. This is to create a long chamber/mouthpiece. Fill the tray with water, leaving at least 1 or 2 cubes without straw pieces, as you’ll need them for the bowl. Now freeze the cubes.

This next bit is tricky, so be prepared for some trial and error! It’s time to pop the ice cubes out of the mould and onto a cookie sheet or serving tray. Then line up the straw pieces, and drizzle small amounts of water around the edges of the cube while ensuring that they’re pressed tightly together, then pop it into the freezer. This sealing of the pieces may need to be done several times to ensure a good draw and airtight pipe.

Once you’re ready for the bowl, it’s time to get out a knife and carve away until you make a shape that is approximately the right size and deep enough to line up with the tunnel in the adhered cubes. Next, you’ll want a small drill bit, and it’ll need to be run under hot water to heat things up before pressing it into the size of the bowl to create a hole that will line up with the rest of the pipe.

To adhere the bowl to the mouthpiece, you’ll need to repeat the process from before, pouring small amounts around the edges, freezing, and continuing to layer the ice until the task is complete. Once it’s done, you’ll have a homemade pipe that is ready to be packed and enjoyed! 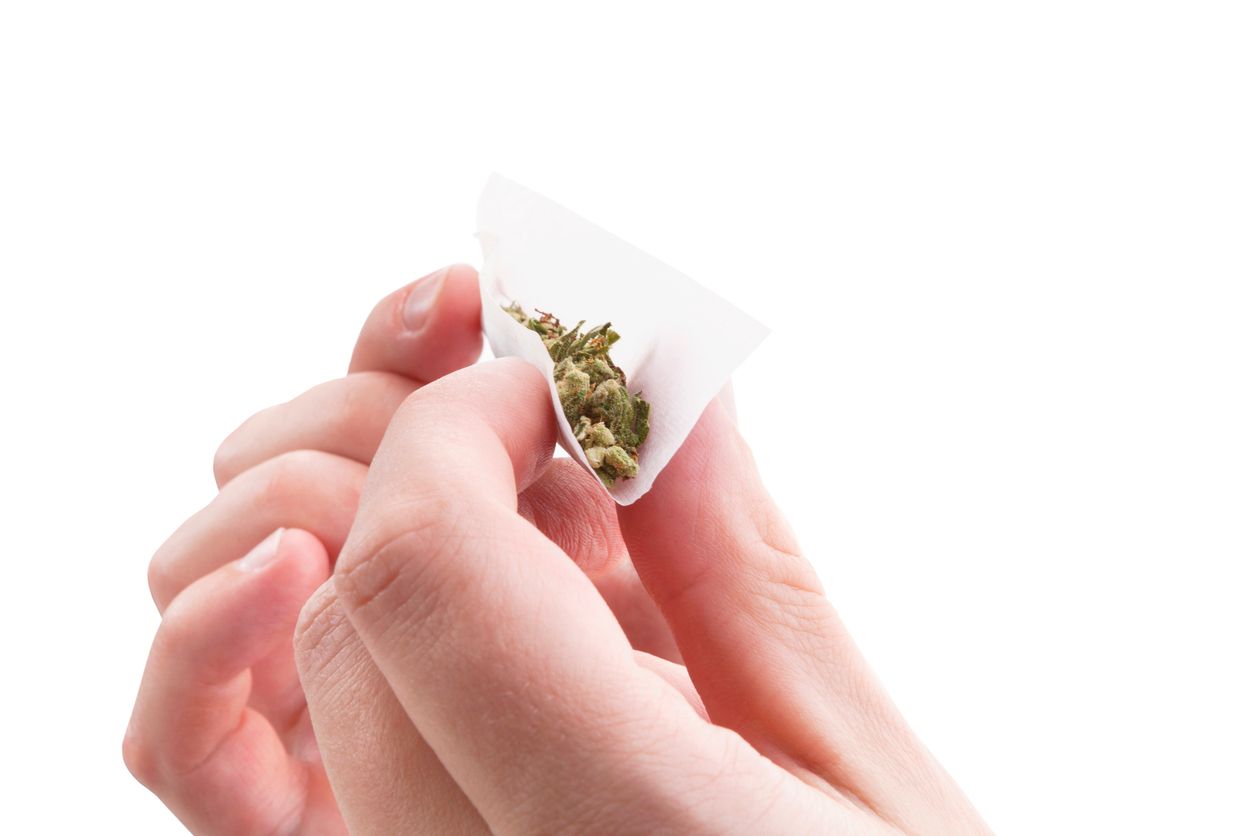 5 Ways to fix a rolling paper

With these items, you’ll be able to successfully repair all different types of rolling papers and hemp wraps....