10 Times cannabis use may be dangerous

Cannabis is a beautiful, feminine plant with a personality all its own, and with more than 3,000 cultivars to choose from, there’s a little bit of something for just about everyone. It’s non-toxic, relaxing, in some cases sedating or inspiring, and for the most part, it’s a safe substance option for legal-aged adults. However, if it’s used wrong, under false pretenses, or at the incorrect time, this cannabinoid-laden plant can be much more dangerous than you might realize.

Cannabis is often marketed as a perfectly safe substance choice, which tends to put people under the illusion that there’s no need to worry, no matter how much you take, and that’s not exactly true. Because of this, far too many consumers go overboard for the first time, resulting in awkward, uncomfortable and in some cases, even panic-inducing situations. Beginners should always tread carefully while experimenting with cannabis products because each person is different.

Many people have no issue enjoying a few drinks or sparking up several joints in a row, but once you combine the two, the results can be far less predictable. For this reason, mixing substances is considered to be a dangerous game that should be approached with the utmost care and caution.

The effects of cannabis vary greatly from one person to the next, with many feeling like they can operate normally, despite being under the influence. The trouble with that is how illegal and dangerous it can be to get behind the wheel while impaired by cannabis. This is a risk that no one should take, as it could cost you your license, a fortune in fines, or even your life, so avoid it and indulge when you know you don’t have anywhere to go instead.

Cannabis can be an excellent addition to many patients' treatment plans, but it’s not always a safe choice when there are certain prescription medications in play. Cannabinoids have the power to adversely interact with some medications, rendering them either useless or hyper-effective, a devastating result when you’re relying on the effects of those prescriptions to survive. This is why anyone taking prescription medications should first consult with a doctor.

5. When too much is taken

This incredibly typically boasts far less overwhelming effects when compared with other substances, but with so many highly concentrated products like edibles and drinks to choose from, it’s not difficult to take too much, resulting in symptoms of being too high. If you can’t function well, that could be dangerous in a public space or at home, so stick with the good old mantra, ‘start low and go slow’. You’ll be oh so glad you did!

Anesthesia is used to make patients comfortable in all sorts of clinical situations. It makes us less aware of our surroundings or knocks us out cold so that doctors can work their magic while we experience minimal trauma and that’s a good thing. Unfortunately, cannabinoids have been reported to have some ill effects on anesthetics, resulting in patients who aren’t sedated enough, and that’s a terrifying situation for everyone. So if you have an upcoming surgery or dental appointment, be sure to tell your doctor and follow any recommendations they may have. You might have to quit, or they may be able to circumvent this effect by increasing your dose.

Do you have heart issues? If so, then you might not want to take cannabis products, as their effects may add more strain to an already precarious situation. Do you struggle with breathing or lung issues? If yes, then you’re definitely going to want to steer clear of products that need to be inhaled.

To date, we have very little scientific research where cannabis and pregnancy are concerned, and this is due to ethical reasons because if anything bad should ever happen to children, the medical establishment would have a hard time coming back from that. Many women use cannabis during pregnancy in hopes of quelling the pains and discomforts like nausea that so often go with the role, but doctors are now saying that it might not be a good idea. During this fragile time, the fetus is developing, building an important foundation that will set the course for the rest of its life, and we do know that smoke can have an adverse impact on this. Some experts suggest that cannabinoids might also have an adverse impact on things like growth and development, so it’s safest to avoid them altogether if you can.

As mentioned, cannabis can impair, and it can do so quite intensely if large amounts are taken. This can be problematic for those who have responsibilities to tend to, such as work or child-rearing. Staggering, being unable or unwilling to move, and many of the other common side effects of potent cannabis products may be risky in these situations, which is why we highly recommend only using it on nights off, or when there’s another sober individual in the home who can take care of the kids.

Far too many returning consumers think they know all too much about cannabis and how it might affect them, and because of that, it’s not uncommon to see some take just a little bit too much in anticipation of a much less severe impact. The truth is, that over time, tolerance typically fades, which means that even if you used to be able to toke all day, you might not be able to do so and stay functional now. As we’ve pointed out, too much can be dangerous for a host of reasons, and that is why it’s best to start low, go slow, and stay safe even if you feel 100% confident in your ability to handle cannabinoid products. 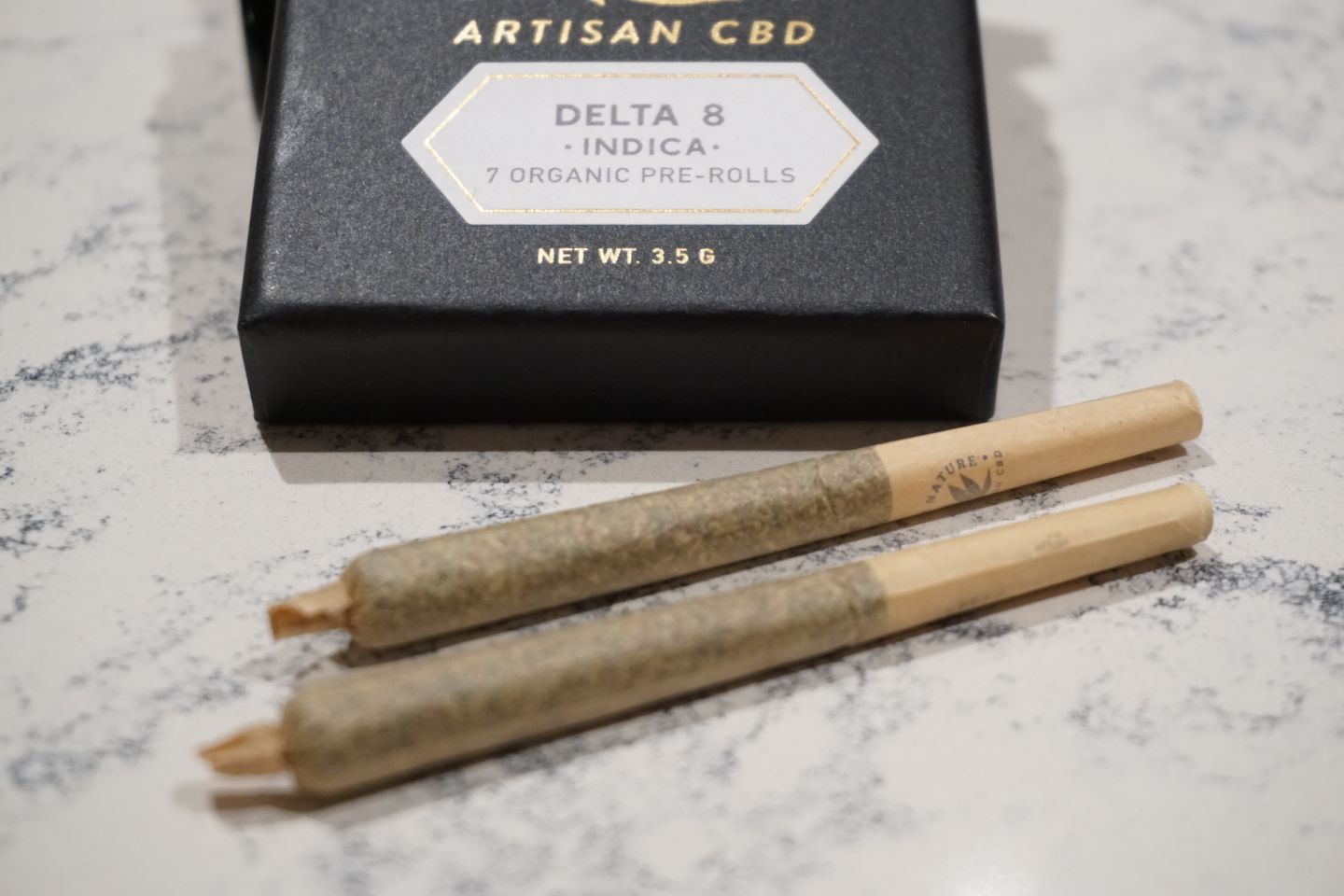 The facts about Delta 8