10 Things that you just shouldn't try when you're stoned

We talk an awful lot about things that you should do, eat, or try when you’re high because enhancing the experience for our readers is always our number one goal, but sometimes in order to truly enjoy the buzz, you’ll need to avoid certain things and situations that could result in a less than desirable outcome. That is why here, today, we’re going to cover the top ten things that no one should do when they’re high for both obvious and less subtle reasons.

Combining cannabis with other substances really isn’t a new idea at all, but in most situations, it’s best to avoid all other drugs and stimulants when you’re getting high. Some of them can induce effects that you might not expect, like in the case of alcohol, where sometimes it seems to delay the alcohol-related sensations, which could lead you to drink more than you should, leading to a really intense trip when it all does finally kick in. Combining cannabis with anything is unpredictable, so it’s best not to do it.

This one has been highly debated now that experts have evidence to show that the effects of cannabis on driving are likely to last for an incredibly short 30 minutes after smoking, but the reality is that cannabinoids can have a truly intoxicating effect on people, particularly in larger doses, so instead of driving, take a cab, bus, or walk home to save yourself and everyone else on the road the risk that goes along with intoxicated driving.

If you’ve got a big interview coming up then you might be tempted to take a few hits to calm the nerves, and in many cases, that feeling is warranted, as it is natural to feel anxious which cannabis can normally help with, but in this particular situation, it’s just not a good idea. If you really want the job, then you’ll need to put your best foot forward, and since not everyone is so openly accepting of cannabis use, it’s best to skip it before the interview so that you’re not smelling like weed, and so your mind is in tip-top shape for answering important questions.

After a really good smoking session, it is not uncommon to get hit with a harsh case of the munchies, and at that point, a trip to restock the fridge might seem like a really good idea, but the trouble is that you’ll be a lot more likely to make poorer eating decisions in this state, so it’s best to eat a meal at least before you go. You can still bask in the lingering glow of the high, but with a full stomach. We promise your pocket will thank you if you skip out on this one when you're stoned.

If you are craving a good day on the water with a buzz, then you are not alone, after all, there are very few places that offer the discretion and peace and quiet that can be found out on the open water, but it is important to recognize the risks that are associated with this idea. The first is that if your craft has a motor, you can be fined and charged, and the second that anything goes wrong, you’re way too far from society to get assistance, so make sure to pick a watercraft without motor, and to stick to cannabis products that you have experience with.

When it’s time to get to work, a lot of cannabis enthusiasts like to prepare by smoking a big fat bowl, and though for some, it works as an aid that helps to reduce things like stress and improving overall functioning capability, most people are not so lucky. Smoking weed before or during work could leave you daydreaming when you should be hard at work, and if you have a dangerous job, it could delay your reaction time enough to make you unsafe, so if you aren’t sure, wait until the workday is done.

7. Being a part of serious situations

In some cases, serious and dire situations can be easier to manage with a little bit of cannabis to calm the nerves, but for those with a lower tolerance and in the case of laughter-inducing strains, it might not be a good idea to partake. You really don’t want to burst out laughing when the situation doesn’t call for it, as it can be embarrassing, and insulting to those who don’t have the luxury of feeling the same way, so it may be best to wait until the hard situation is over before winding down with some weed.

Operating things like cranes, dump trucks, construction equipment, or a forklift, can likely be a whole lot of fun under the right circumstances, but if you’re trying to tackle a long-awaited task or you’re using these things in dangerous types of environments, then it’s a risk that simply isn’t worth taking. So do the job, and then get high afterward instead, otherwise, you could be liable for anything that happens while you’re under the influence.

A lot of cannabis enthusiasts enjoy things like video games, pool, and sports, but whether or not it’s a good idea to compete while high, is a hotly debated topic. Sure cannabinoids can be great for soothing muscles, nerves, and celebrating after major life accomplishments, but if you’re doing something competitive and you want to offer your best performance, it’s probably a good idea to wait until the whole thing is over with to partake in some green.

Life is made up of millions of different decisions, and what we choose to do will take us down a path that leads to our future. Sometimes it’s as simple as deciding between vanilla or chocolate, and for these choices, a bit of cannabis might actually help to speed things up, but if you’re shopping for a car, life insurance, a home, or making some other major life decision, you will have a better chance of success if you do it with a completely clear head. 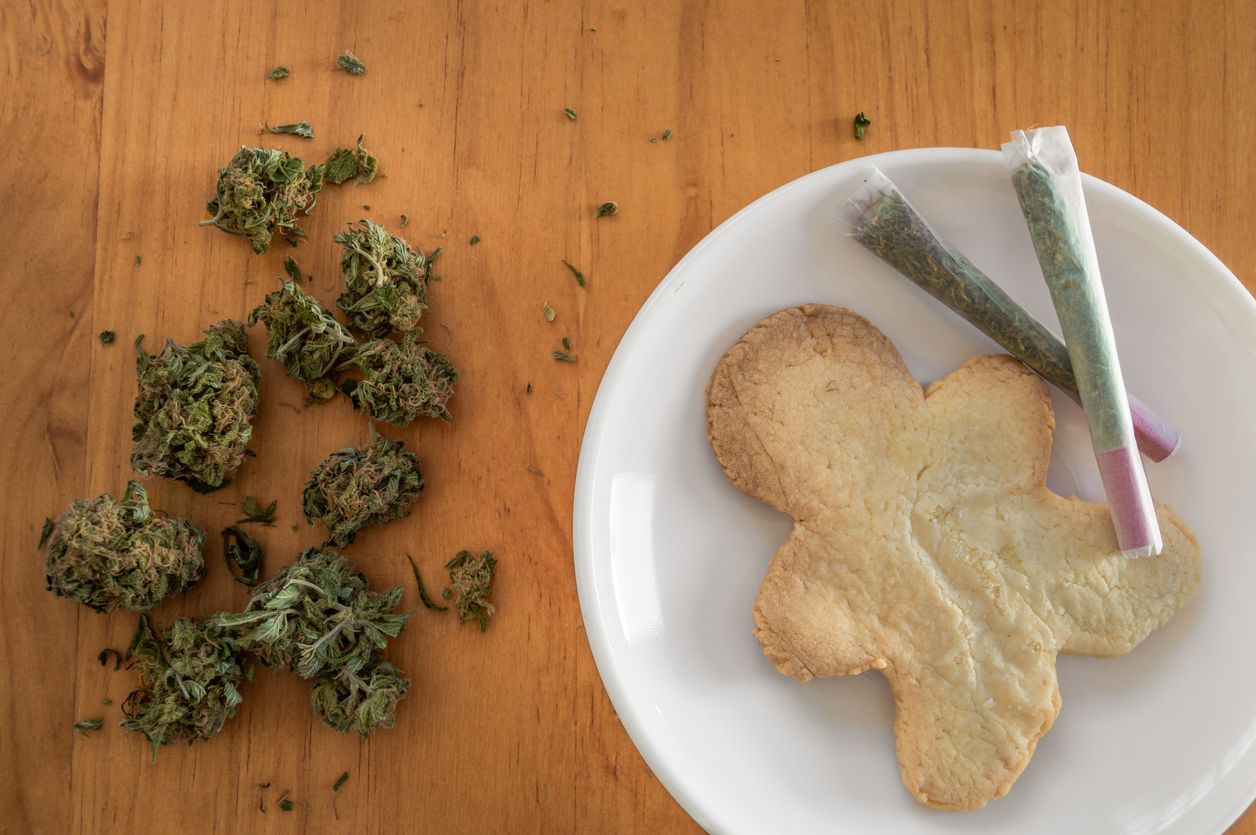 The Pros and Cons of Edibles vs Smoking

Ultimately the decision of which one is better will depend on individual needs and preferences, as both offer a unique experience....