10 Incredible products that you can make with marijuana leaves

If you’re sitting on a bag of marijuana leaf from last year’s harvest and wondering what you can do to get it used up, then you’ve come to just the right place. We put so much time and energy into producing beautiful cannabis plants, but the by-products are rarely viewed as worth much in the grand scheme of things. That leads so many cultivators to simply tossing it out, but in reality, there are thousands of things that you can make with a little bit of pot leaf. You just need to know where to start, and we’re here to help with ten fantastic things that you can make with marijuana leaves.

Cannabutter is a super popular cannabis product, but despite the fact that it’s such a hot commodity, it can be incredibly hard to find on the market. If you are able to find a supplier for cannabutter, then you’ll quickly find that the price of making some simple edibles might be more than you’re willing to pay. However, you can make it yourself at only a fraction of the cost, and you’ll have the confidence of knowing exactly what’s in it.

Everybody knows that you can smoke a bit of pot leaf, but few realize that the plant materials are full of healthy things that are essential to a healthy diet. Now, most of that goodness, like the cannabinoids, rest in buds, but there is plenty that is leftover in marijuana leaves, which makes it perfect for juicing. To do this, all you need is a juicing machine, some leaf, and a few of your favourite fruits or veggies. It won’t get you high, but it will leave you feeling amazing.

There are several different kinds of hash on the market today, but those with the crystalline look and texture are made using the trichomes that are scraped away from cannabis plant materials. Again, much of the potency is in the buds, but if you harvest the trichomes from marijuana leaves, it will only remove the good parts, creating a product that is nearly as strong as it would be if it were made with buds. You might not get as much hash this way, but it’s an effective way of extracting the goodness and putting it to use.

This new trend is growing wildly in popularity, and it should be no surprise, as we have tried to use cannabis for virtually every issue that you can think of, so the skin is a logical next step that some people are swearing by. Marijuana leaves are nowhere near as strong as their counterparts, but when it comes to topicals, users aren’t looking to get high, they’re wanting the more natural benefits, which you can get by adding these bits of plants to any homemade bars of soap. You can leave them whole or they can be ground, and you’ll be left feeling cleaner than ever before.

If you want to turn your marijuana leaves into distillate, then you definitely need to grab some much-needed tools to get the job done, as it is a process that requires extensive levels of heat, but it’s more than worthwhile if you have a significant amount of leaf on hand. That is because only the cannabinoids are taken out, leaving everything else behind, and the result is a delightfully versatile cannabis product that can be used any way that you want, as it’s preactivated and fit for oral, inhalation, and topical applications.

One of the best ways to use up some old pot leaf is to turn it into a tasty additive that can be used to make edibles or topicals. Cannabis cooking oil is one of the easiest things to make with marijuana leaves because it takes a relatively simple process of steeping and straining, and it stores for much longer than cannabutter, which makes it a favourite in the cooking world. It also doesn’t take a whole lot of plant materials, because you can make small batches or even single servings, so this works no matter how many leaves you have on hand.

Capsules are preferred within the medical community, as pills, in general, are typically viewed as something that you only take when you’re sick, but now that we’re learning about the benefits of eating versus smoking cannabinoids, it only makes sense to take this idea under consideration. This is a perfect option for those who want a smoke-free solution, mess-less solution, and all it takes is a quick decarboxylation of the marijuana leaves and a machine to pack them full of the activated THC or CBD.

The debate has long ensued over whether or not this is an effective way to use cannabis, as we know that it takes some pretty intense levels of heat to effectively extract the cannabinoids, but if you’re looking for a nice, light, and yet soothing drink, and you’ve got some extra marijuana leaf waiting to be used, then you might want to try it out and see what you think. You can steep the leaves by adding them to your usual tea or using a reusable teabag that can withstand the heat, and in just a few minutes, you can have a relaxing cup of infused tea, that will leave you feeling wonderful.

If you’re into smoking, vaping, or edibles and want a more potent experience than most of the other options on this list will give, then cannabis concentrates like shatter, wax, honey oil, or budder might be the best route for you. You can turn your marijuana leaf into any of these strong cannabis concentrates with the help of the right chemical, and many of them don’t even take long to make. The trouble is that the processes used to create them do come with some risk, but if you’re willing to be careful, and you want to get the most out of your marijuana leaves, then this is one of the best ways to do so.

Pot leaf isn’t very strong alone, and it gets even less so over time as it ages and begins to break down, but if you’ve got a bag of leaf and all of the idea above sound like too much work, then you can always opt to reduce the bag to a heavy grind. From there, the cannabis leaf grind can be used to stretch your weed further, smoked on its own, or decarboxylated and tossed into baked goods for a lightly infused edibles treat. With a little bit of pressure, and moisture, you can even make hash with them, so if you aren’t ready to commit, and want to reduce the room that your stash is taking up, then you might want to grind it all up and keep it in an airtight jar to pull out when you feel like experimenting. 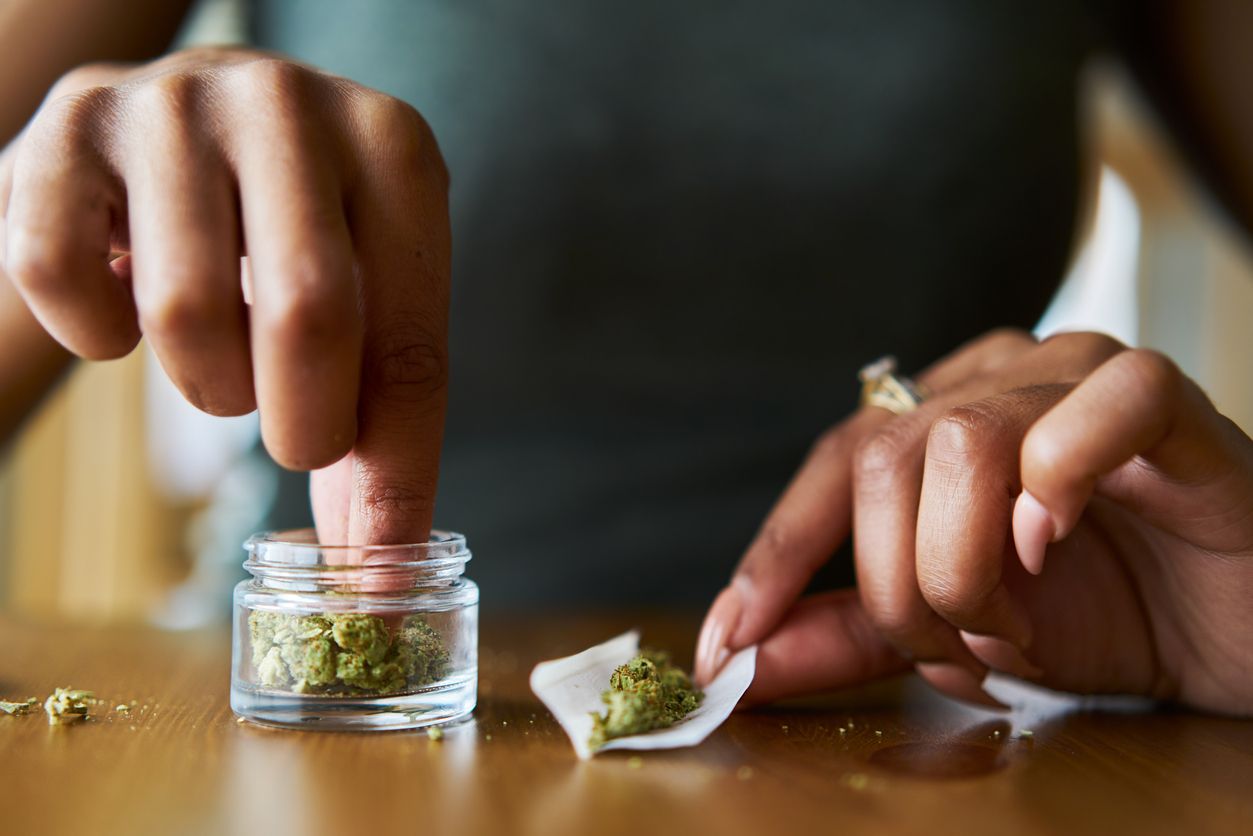 10 Things that far too many stoners get wrong

Most experienced cannabis consumers like to assume that they've got it all figured out....