10 Common stoner problems and how to solve them

Cannabis offers many positive benefits. However, that doesn't make it a perfect solution, as simply using pot products can cause a host of problems and annoyances. For the most part, they aren't anything serious, but there is a wide range of common issues that stoners often run into along the way. No matter how careful you are, these things can happen, but you can do your best to either avoid them or tackle them head-on once you notice that they're occurring, and today we're going to show you how.

Whether you're smoking, vaping, or eating weed, the effects can be incredibly drying. This is especially true with the first two options because anytime heat is involved, it dries out everything from your eyes to your nose, even your mouth and lips. This is the infamous cottonmouth and dry eyes effect, and it can be annoying, making it hard to swallow, taste, or talk, and it's nearly impossible to avoid. Still, there are ways to soothe or reduce this discomfort.

Chapstick might linger on your bong or joint, but it can make a world of difference and help you to avoid chapped or cracked lips from prolonged heat exposure. Combating dry mouth is a bit harder, but starting well hydrated and keeping an ice-cold thirst-quenching drink like water or lemonade while you're getting high can offer an added layer of relief and protection from the drying effects of weed.

Old habits die hard, as they say, and it doesn't take long for most stoners to fall into a routine that doesn't change. Some will always stick to joints or bongs filled with freshly cured weed, while others refuse to reach beyond edibles, as they appear to be the healthiest option out there. Everyone has a preference, but over time, no matter how potent or "good" your choice may be, the taste, effects, and overall experience will eventually lose its lustre.

If you ever find that you're getting bored of the same old thing, then it's probably time for a change, and often it might take a complete overhaul of your pot product stock to find something that genuinely works again. If you're an unsatisfied smoker or a vaper, it might be time to dive into the wide world of edibles. If you're no longer getting high from store-bought edibles, then you might need to make some of your own with a higher potency or try some other cannabis extract for a more enjoyable effect.

A tolerance to cannabinoids is generally built up over an extended period, and what it means is that you'll eventually find that you need more potent cannabis products to achieve the same effects or that they stop working entirely, despite constant consumption at staggering rates. This is a problem, especially for those who use cannabis for its medicinal benefits. Still, it's something that can be either avoided with a few tips or remedied with the appropriate treatment.

If you have yet to build up a tolerance to a point where it's become a problem, then you might be able to avoid this unfortunate situation by watching how much and how often you consume cannabis. The less frequently you use it, the less likely you'll be to build a tolerance to cannabinoids, but this theory doesn't work for everyone. Those who have a high tolerance will benefit most from what has been coined as a tolerance break, which is just a period of time in which you go without using cannabis at all.

We've all found ourselves in the unfortunate situation of having plenty of buds and no way to smoke it. It may be because our favourite bong just broke, and we haven't gotten around to replacing it, or due to the sudden realization that the pack of papers we were relying on somehow got wet while they were crammed in our pocket. As a result, they're stuck together and useless. Whatever the reason, it can be frustrating because, without a device, there's no way to smoke it. Or is there?

Most of us have resorted to some desperate measures in an attempt to get high, utilizing plastics and aluminum cans to craft makeshift pipes or gravity bongs, which can do the trick. Still, we now know that heating random plastic is terrible for your health, which should rightly make you think twice about doing
it. Luckily, with a bit of stoner ingenuity, you can make 100% safe and effective bongs using natural products that won't cause you harm, like apples, bananas, watermelons, or homemade glass bongs.

Cannabis does a world of good for millions of people worldwide every day, but as we mentioned, it can come with a few downsides, and one of the worst ones is a reliance on it, aka addiction. For most, cannabis addiction isn't anywhere near as severe as the results of the abuse of many other drugs. Still, when you can't function as a regular everyday person without it and don't have a medical condition to make it necessary, this can be a significant problem.

Breaking the cycle of addiction can be challenging. It's not always something that is recommended to attempt overnight, which is why a slow and steady reduction of the least essential doses of cannabis is the most recommended way to tackle a debilitating reliance on the plant. In some cases, a stronger therapy might be necessary, in which case alternative treatments like CBD or other quit smoking aids prescribed by a doctor might help relieve cravings.

This isn't usually a huge issue because sharing is caring and all that jazz, but not everyone is in the financial position to share. In some cases, like when health is compromised, it's just not a good practice and should be avoided at all costs. Unfortunately, the very giving nature of cannabis culture makes us feel obligated to share, but that doesn't have to be the case, and there are ways around it.

Suppose the problem is that you just can't afford to support your stoner friend's habits. In that case, it might pay to be perfectly blunt about the situation, as that may be enough to keep them from reaching for what's yours, but if the trouble stems from the sheer amount of germ swapping that goes down. You can do things like keeping a few extra pre-rolls on hand. That way, you can offer your friends their own or invest in accessories that manage the risk for you, like individual joint holders or vapes with multiple tips.

7. Nervousness surrounding the topic of cannabis use

Most pre-legalization cannabis consumers are scarred from how they've been treated and disrespected over the years, as it wasn't until fairly recently that the majority of people got on board with the idea of a second legal substance. Even those who are new to the culture aren't entirely sure whether or not it's a good idea to talk about it, or who they should mention their drug of choice too, because it comes with a stigma, despite its legal status as a perfectly acceptable option.

It's hard to shake the feeling of being judged, especially when it comes to those closest to us, but it is important for us as consumers to be confident in our decision to choose weed. To do that, you'll need a support system and access to reliable learning resources to help you learn all that you can about how it works so that when this incredibly taboo topic comes up in regular conversation, you know exactly what to say in your defence.

Cannabis advocates had always hoped that legalization would help to bring down the crazy black-market prices. It only makes sense that once something becomes more widely available and without risk, that thing's prices should go down, but that hasn't been the case at all. In many legal regions, the average cost of legal weed has gone higher than the original street prices, and for many, that's an unaffordable price tag that adds-up month after month.

Whether using cannabis products is causing you financial hardship, or you're just sick of watching so much of your hard-earned money go up in smoke, there are some things you can do to relieve this burden. You could opt to make larger bulk purchases, which often come at the fairest prices, or you could skip the dispensary altogether, get your hands on some seeds, and grow your cannabis plants for harvest. It might take some time, but the benefits of this solution are more than worth it.

If you're one of the few cannabis enthusiasts only to partake using edibles, then you might not have the ongoing problem of bad breath. Still, for consumers who use any method of inhalation, including smoking, vaping, or dabbing, the stench of old weed can be overpowering and off-putting, causing awkward moments and embarrassing smells that are hard to get rid of. Luckily, there are some things you can do to combat this common problem, but you might need to get a few things.

Chewing gum, mouthwash, toothbrushing, and a good oral hygiene routine, in general, can significantly improve the severity of bad breath. Those that come with intense flavours like winter fresh or peppermint are the most effective at reducing bad breath because they kill most of the bacteria that live in the mouth, and it's what causes the problem. Keeping your mouth rinsed clean by sipping on water when you're smoking can also help, but for the best chance at defeating this issue, you should try to use all of these tips together.

Have you tried getting high or using CBD only to find that the results are absolutely nothing like what you had hoped? The answer is probably yes, and that's mostly because consumers, in general, have very little knowledge of how the cannabis plant works so effectively, why it impacts people differently, or how to select the highest quality products most suited for the job at hand.

Diving blindly into a vast market full of such an incredible variety of pot products to choose from makes it kind of inevitable that you will get lost along the way, which is why the best solution for this problem is to get educated on the subject. Of course, much of the evidence you'll find on the effects of cannabinoids are anecdotal and fluid because cannabis elements seem to impact every person just a little bit differently. Still, once you have a better grasp on the basics, you'll be able to predict possible outcomes better and gain more control over the whole experience. 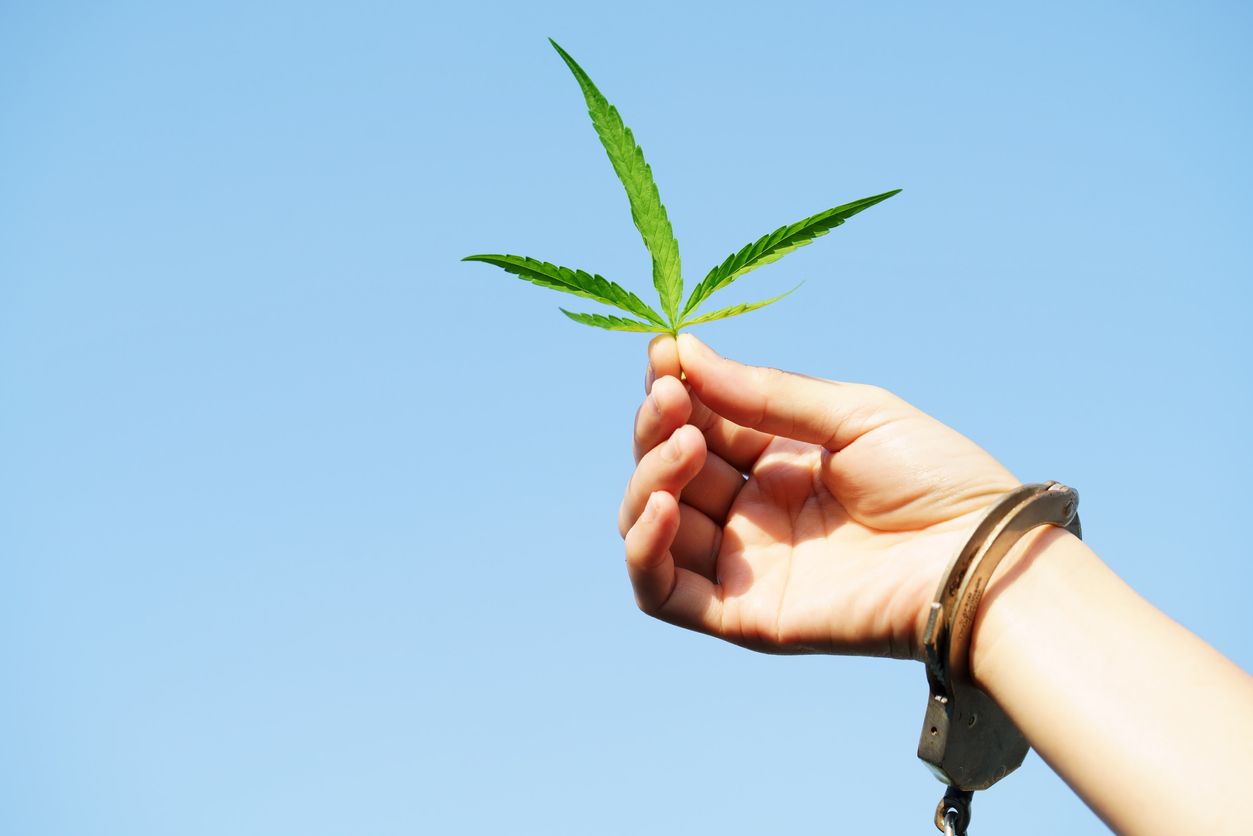 5 Ways to show your support for cannabis prisoners

Approximately 40 000 people in the US alone are still incarcerated for cannabis-related charges that were non-violent....